Following the announcement made by Bavarian Prime Minister Dr. Markus Söder in the press conference on November 19th, the SPS onsite event in Nuremberg and the digital SPS on air, which was scheduled to take place from 23 – 25 November 2021, have been canceled by the trade fair organizer:

“In addition to the continued rise in infection rates and hospitalization rates, the new German 2G plus regulation (entrance for those vaccinated or recovered from COVID-19 as well as tested) and the set limits on events make it impossible to realize the SPS.” 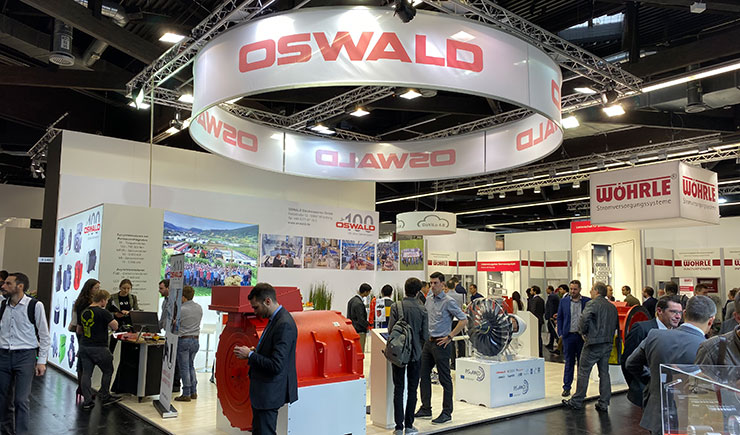 In July 2021, the first two PM motors for Proj Parsifal were tested and approved in the OSWALD test bench by Lloyds Register. Within three years we will deliver a total of 80 main propulsion electric motors for 40 inland tankers, up to four electric motors per month, including the certificates from LR. Thanks to our system integrator Hybrid Ship Propulsion BV in Rotterdam and Concordia Damen in Werkendam for their trust. 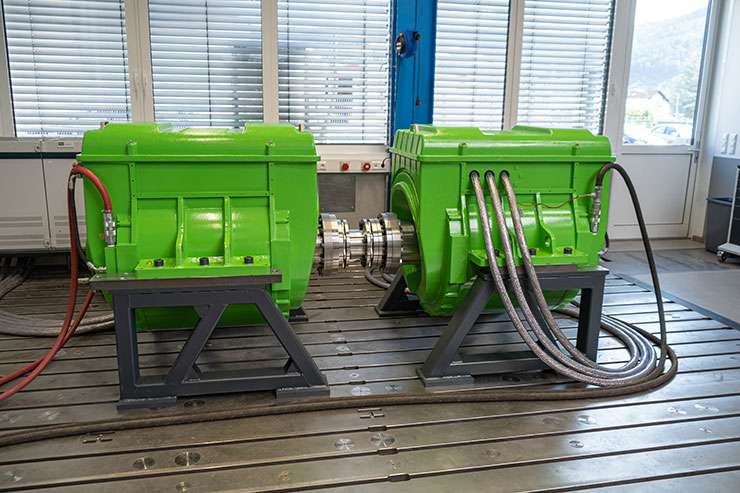 Thank you for visiting us !

The development of an electric propulsion engine for future aircraft is the objective of the research project named ASuMED, which is funded by the European Union. Thereto, Oswald presented a mock-up, which demonstrated the set-up and purpose of the corresponding electric motor at this year’s Hannover Fair 2019. With this 1:1 scale model, Oswald showed an electric drive system with a power of 1 MW. The superconducting motor, which is located at the core of the system, is meant to replace the kerosene-driven turbine in future aircraft engines and thus supporting the implementation of the electrification and hybridization process in aircraft propulsion systems.

During the fair, the model attracted not only numerous trade visitors but also representatives from industry, economy and politics as well as students, pupils and private fair visitors. The general and detailed implementation of the research and development project was explained to those groups with direct reference to the presented model. 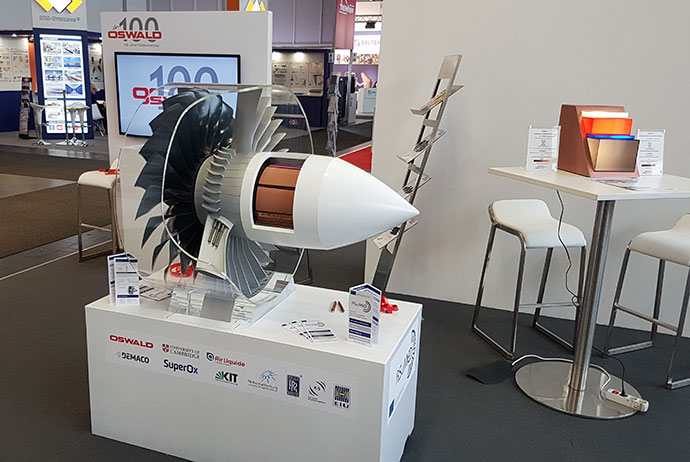